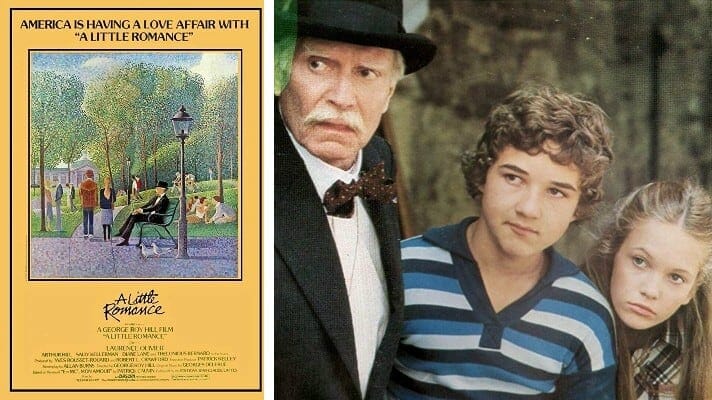 A French author, Patrick Cauvin, published a book in French entitled “E=MC2, Mon Amour.”  As a result of the book’s success, it came to the attention of Orion Pictures Company, which decided to produce and distribute a film based upon the book called A Little Romance.

Defendant, Dell Publishing Co., Inc., learned in late 1977 of the plan to make the movie based on “E=MC2, Mon Amour,” and contracted with the French author and his publisher to obtain the English translation and paperback publication rights to the book.  Dell began to negotiate with Orion to time the book release with the film’s release.

As a result of substantial rewriting and alterations in the story line, the screenplay for the movie had departed from the original book to such a degree that there was no longer much similarity between the two and Orion declined to negotiate further with Dell.

Dell then went forward with the publication of its paperback, dropping the original title and using the title “A Little Romance.” The defendant also chose to include on the front cover of the book the pronouncement that it was “NOW A MAJOR MOTION PICTURE,” along with a drawing of three people who bore noticeable resemblances to Laurence Olivier and the two child stars of the picture.

The plaintiff has moved for a preliminary injunction restraining defendant from using the title “A Little Romance,” and from unfairly competing with it in any manner.  Orion also seeks an order directing the defendant to reacquire and to destroy all copies of the book previously published and delivered.

Judgment: In favor of Plaintiff Orion. The practical problem in framing the appropriate relief, however, is that the books are already in the hands of retailers and the reading public. It would be difficult, if not impossible, to recapture them. Consequently, the only injunction which will issue at this time pertains to subsequent printings of the book. As to these, the defendant will be enjoined from using the title, art work or other representations which state or imply a greater relationship between the two works than actually exists. In addition, the defendant’s promotional materials must be revised immediately to indicate the actual nature of the relationship between the book and the movie. The parties will settle an appropriate order.