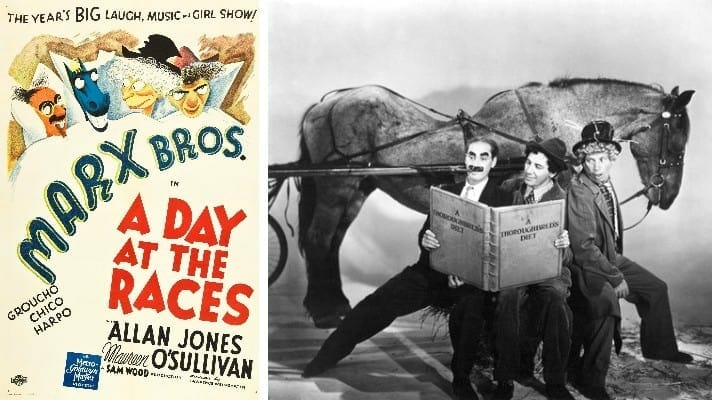 It is charged by plaintiffs that appellants deliberately and unlawfully copied and appropriated their literary composition titled “High Fever” and produced the Marx Bros film “A Day at the Races”, which contained substantial portions of the composition which was their exclusive property.

Judgment: Entered against the corporation defendants in the sum of $10,000 upon the return of the verdict of a jury.

A Day at the Races lawsuit